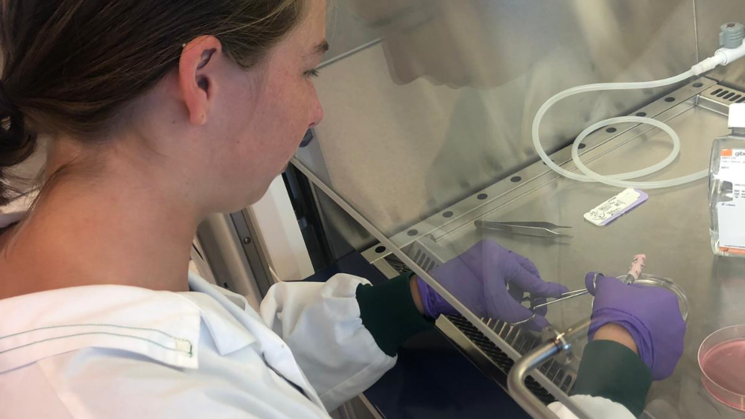 It has been a while since we could give you an update about the research of dr. Frank van Steenbeek. The delay was mostly caused by the pandemic. The coronavirus indirectly has a significant effect on research as well. In laboratories, the priorities lie in COVID and essential research only. The question if something is essential depends a lot on who you’re asking. If you ask a breeder or dog owner who has experienced a dog with a liver shunt, they will probably tell you that that shunt research is necessary.

Thankfully dr. Frank van Steenbeek could still make progress in his research in liver shunt in small breeds. Last year he got reinforcements from Flora de Graaf, a student in Veterinary Medicine. She will give a short update about her findings. We continued the search into which genes are not functioning in the development of the disease.

We came quite close to the regions! More importantly, we made a discovery. It might not be the gene itself that is misfunctioning, but its control system. This means that it is possible that the genes are functioning correctly, but that the control is not working. You can compare it to the switch of a lamp. The gene is the lamp and the switch the control system. A mutation in the switch makes that the lamp is not working, however, the lamp itself is still intact. The mutation causes the switch to not function enough or to switch on and off at the wrong times.

Another important finding is the understanding of how a shunt can develop. The greater blood vessels exist of two layers of cells: the muscle cells (outer layer) and the endothelial cells (the inner layer). Previously, the focus lay on the endothelial cells. However, with Frank, I discovered that not only the inner layer but also the outer muscle layer plays a role in forming the shunt!

To understand the importance of this, we look back at the definition of a shunt. A shunt is an aberrant connection between two blood vessels. With the extrahepatic shunt, the aberrant connection exists sideways of the liver, between two important veins. This is probably due to the lack of contraction of an embryonal vessel which should lead to the disappearance (also known as regression). The vein remains open and redirects the blood from the gut through the shunt to the rest of the body instead of through the liver. The blood therefore will not be cleansed by the liver.

We discovered that the genes we discovered in earlier studies do not only influence the endothelial cells but also the muscle cells which are located in the wall of a blood vessel. The disrupted switch possibly causes the muscle cells to contract less or later and therefore, the blood vessel cannot go in regression. This finding brought us one step closer to understanding the forming of the shunt. However, more research is still necessary to complete the picture. Hopefully, we can count on your support in the future. Together we can make a world without liver shunts in our dogs! 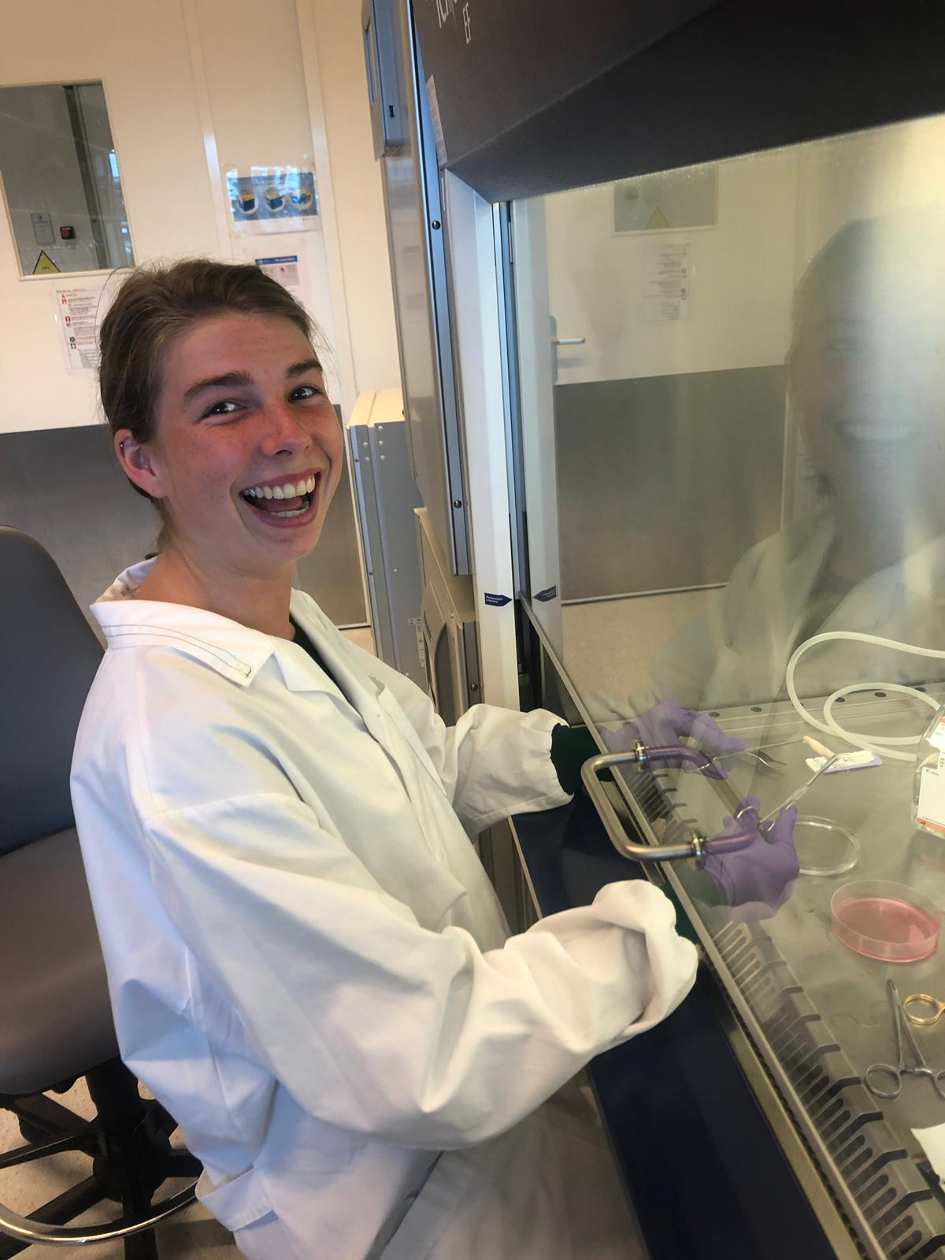